Suzuki Alto is a very common and old name in the world wide automotive industry because this car is manufactured in many countries all over the world. The Suzuki alto is known for its Fuel economy and Cheap Price. The car was introduced in 1979 and over the year the car has changed a lot. The Suzuki Alto is currently in its 7th generation and it is known for many other names like nissan Pixo, Suzuki Celerio, Maruti Suzuki etc. The Suzuki Alto has so many names because the car is manufactured in many different countries all over the world and it sold under different name plates in different countries. For example the Suzuki alto 5th generation is sold in India under the Maruti 800 name plate while the same car is sold under Alto name plate in Pakistan. The latest models being manufactured in India  are sold in European countries under the Nissan Pixo nameplate.

The Suzuki Alto 6th generation was assembled in Japan and had a curvy front end (bonnet and head lights curved down) . This version was also known as Nissan Pino and Mazda Carol in many countries. This 6th generation Alto was a 5 door Hatchback with front wheel drive or 4 wheel drive and came with a lightweight and  small engine for better and efficient fuel economy.

The Suzuki Alto 6th generation had two type of drive systems (FWD and 4WD) and three types of transmissions available (3 or 4 speed automatic and 5 speed manual).
But all the trims had the same 658cc 3 cylinder DOHC engine capable of 54 horsepower at 6500 rpm with the torque of 61 Nm at 4000 rpm.

The Suzuki Alto is known for its cheap price and good fuel economy. This Car is an excellent choice for the people with tight budget.
The 6th generation Alto has a combine city and highway mileage of 22 kilometers per liter or 53 miles per gallon achieved by its light weight and small engine.


Overall the car is an excellent deal and has a good fuel economy, it is comfortable, roomy and cheap and comes with all the standard safety features like SRS airbags, anti lock braking system (ABS), Brake assist and Electronic braking force distribution (EBD) but What i hate about this car is that the car is Ugly as hell. I am sorry if  you own it or dont agree, but the car is ugly in my opinion.
at March 21, 2014

A brave guy named Athar Yad Ali was travelling on salt range motorway in Pakistan with his family when he came across a moving 22 wheeler m... 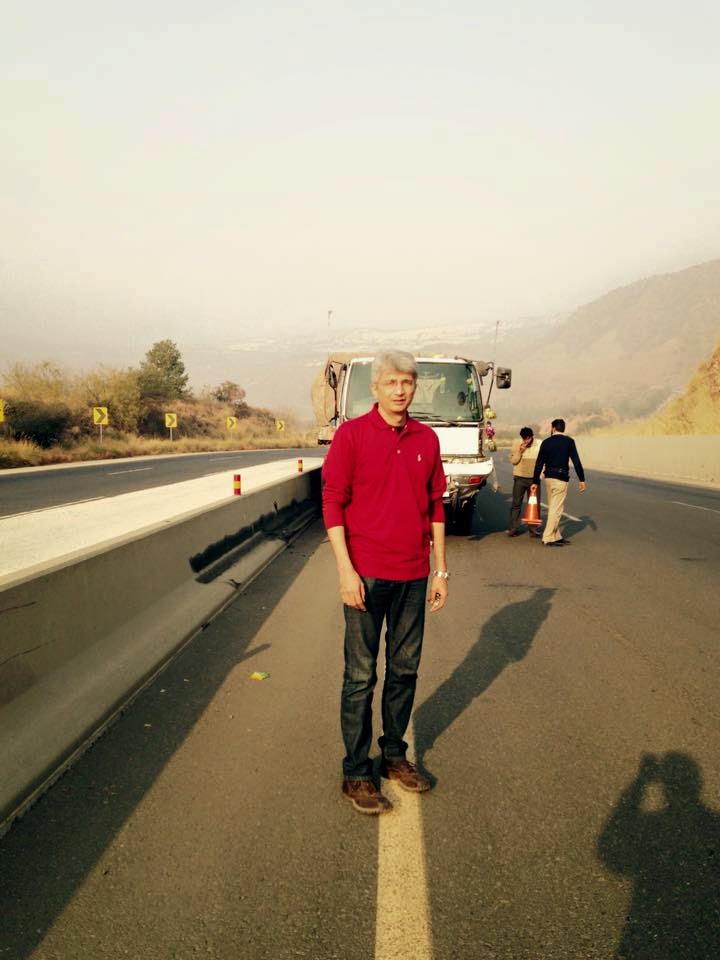